“There was madness in any direction, at any hour. You could strike sparks anywhere. There was a fantastic universal sense that whatever we were doing was right, that we were winning…

And that, I think, was the handle — that sense of inevitable victory over the forces of Old and Evil. Not in any mean or military sense; we didn’t need that. Our energy would simply PREVAIL. There was no point in fighting — on our side or theirs. We had all the momentum; we were riding the crest of a high and beautiful wave…

So now, less than five years later, you can go up on a steep hill in Las Vegas and look West, and with the right kind of eyes you can almost see the high watermark — that place where the wave finally broke, and rolled back.”

Hunter S. Thompson wrote this in 1971, reflecting on the ‘hippie revolution’ of the mid to late sixties in the US in Fear and Loathing in Las Vegas.  Through the burnt-out haze of enough drugs to make Timothy Leary or Ozzy Osbourne blush, Thompson writes that he sat in a hotel room, destroyed by a party binge that he could scarcely remember, thinking about what the rise of ‘free love’ and popular culture achieved. His sad and nostalgic conclusion was that the popular movements of the 60s ultimately failed to change the world the way they believed they would. As he dragged on a broken cigarette, he observed wryly that the ugly side of America won the cultural war. Their energy had not prevailed.

If you’re anything like me, it seems as if Thompson could have been writing about today. There is a growing sense among progressives that we are building momentum. We are pushing to expand civil liberties to the oppressed and the marginalised in our societies, and to foster acceptance for all types of bodies and identities. We have grown more class-conscious, we are aware that capitalism is unethical and ecologically unsustainable. We are expanding our ethics to include other creatures and how we treat them. With the recent BLM protests, we are seeing activism take a central political stage, and we are learning that organised action can be quite powerful.

We are also learning that the ugly side can win.

There has been an overwhelming backlash in response to contemporary progressive values. Many states have doubled down on their conservative views, politically and sometimes violently enforcing them. Bolsanaro’s callous attitude towards the Covid19 epidemic and the preservation of the Amazon in Brazil. Boris Johnson’s smug economic suicide with Brexit and the further gutting of the NHS in the United Kingdom. Vladimir Putin’s brutal crackdown on LGBTQ+ citizens and political dissenters in Russia. And of course, in the United States we have Donald Trump’s demented and arrogant incompetence. Conservative polities are mobilising the powers of the state against the progressives, replacing social security policies with rubber bullets and knees on necks.

The young adult progressives of the late 60s also had to face batons and riot shields, and their lungs and throats also burned with the chemical weapon that is teargas. They had protests that counted hundreds of thousands of people in their ranks. Although the campaign for basic civil rights for blacks in the US was formally successful, it didn’t bring about racial equality. The protests against the Vietnam war also seemed to help bring the conflict to an end, although I suspect that had more to do with the way the war was embarrassing the US militarily during the Cold War, which they couldn’t afford. But the military industrial complex only got larger, and oppressive economic policies were rapidly implemented during Reagan and Thatcher’s Randian neo-liberal revolution in the 70s. Capitalism accelerated yet further, inflicting untold damage on the Earth’s environment and the economic freedom of the lower classes.

Hell, marijuana wasn’t even legalised, it became the most over-policed substance in the world for five decades.

All of this, directly after the movements of the 60s.

What happened? The progressives stopped pushing. They felt that they had been heard, the world had become aware of what they stood for, and because it was righteous, the world would surely change. They were on the right side of history, their energy would prevail. But it didn’t. They thought that they could drop out of the system and change it from outside, or even change itself. If there’s anything that we should be more aware of now than ever it is that you have to work in society to effect change. We are society. Educating yourself and becoming ‘woke’ isn’t enough. Protesting isn’t enough.  Not nearly enough.

The thing about being ‘woke’, about being ‘enlightened’ or ‘conscious’, is that it has no value in and of itself. The power of being awake is that we can move, we can decide to change and effect change. The power of our beliefs can only push our strength as far as our motivation allows it to go. To effect change, we have to be change, to embody change in society. We need to be the people who engage in politics, in legal battles, in organisation and restructuration. We have yet to even completely utilise all the potential for emancipation our institutions allow, but we dream of utopian worlds after the present system’s ‘collapse’. Let’s make one thing very clear: the outright collapse of our political and economic system will harm those who are most vulnerable first. If we seriously want to protect the poor and the oppressed, then we have to be careful and circumspect in how we bring about change.

Slavoj Zizek has recently made me think about ‘the day after the revolution’. If we look at the famous revolutions in history, how did they end? The French Revolution had the paranoid purges and violence of the Reign of Terror. The Russian and Chinese communist revolutions brought about arguably the most brutal regimes in human history – equal to fascism in many respects. However much the West distorted the image of the Communist powers, and however violent the West itself was and continues to be, the graves of millions of innocent people stand in bitter judgement of any nostalgia towards communist revolutions. The dictators and autocrats of totalitarian regimes always believe history is on their side, and they justify the oppression and slaughter of people in its name.

The day after the revolution, you wake up to a world with the same technologies, education, and social organisation. Nothing in the world has changed yet, only the intent is there. Forcing the world to rapidly conform to revolutionary ideals inevitably requires violence to be done, usually more than expected, and it will always be those in power who inevitably decide who that violence is to be directed to. Do you see what happens? The revolution has reinstated hierarchy and violence in a new form, with new bodies and ideals at the head. If our progressive ideals can motivate violence, then it is hard to consider them radically more ethical than the violence they replaced.

Stop dreaming of beheading the rich with the guillotine like some romanticised Robespierre, or sending enemies to the gulag like the ever so Glorious Leaders of the communist personality cults. The bloodlust and jingoism of the past two centuries have no place in our world anymore. The memes can be funny at times, but they are in desperate need of new punchlines.

What does it mean for our energy to prevail? Keep being energetic. Use your talents and your hard work, your voice, your life. Don’t turn away from society, do not allow disillusionment to rob you of your will to make the world a better place. Be realistic. Vote, actively lobby, and form organisations and institutions. Be active in your community on a consistent basis. Come up with solutions, new systems that help people in real terms and work on implementing them. Do not wait for the system to collapse and a magical ‘reset’ button to appear. It’s not enough to go through some rebirth in belief or consciousness alone. Change isn’t going to be easy, and it’s not going to be an instantaneous event.

If you want to change the world, you are going to have to engage in the world practically, find some traction, makes changes and never become complacent or self-righteous.  It will take time, but that’s the only way to effect long-term change. Surely, it’s the change that lasts that really counts? 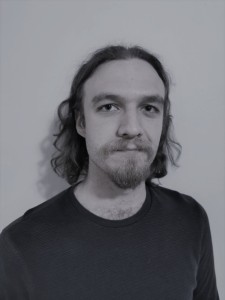 Helgard Jordaan is a freelance writer and researcher. He is a passionate leftist and humanist, and believes he can best serve these causes by maintaining a critical mindset. His interests include society, politics, economics, and the study of consciousness.

Helgard studied English and Philosophy at the University of Pretoria, before specialising in social philosophy in his post-graduate studies. His research focuses on the critical analysis of ideology and belief-systems and their societal praxis. His thought draws on contemporary ontology, phenomenology, critical theory, and hermeneutics.

He spends most of his time feverishly sifting through information in an attempt to understand what is going on at any given time, and exasperating people by refusing to drop subjects. He is also a lover of music, discovering new sounds and experimenting with his tastes.