If you have been following my writings or blog recently, you may have noticed quite a big content change. Although I am still spiritual and invested in that journey, I made a decision at the beginning of this year to stop sitting on the fence and find something viable to stand on socially and politically; I had read and heard about anarchism before but it was only an intuitive inkling that led to a greater political awakening in the later months to come. 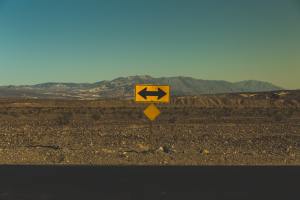 You see, politically I was at a complete loss. I wanted to get involved but everywhere I looked I couldn’t find a side to get behind. The right, although perhaps correct in their superstition of government, lack empathy for the human race or any being whilst the left, although I admired them slightly more, seemed naive, overly idealistic, strangely privileged and wokely pedantic to the point of insanity.

The menu I was being offered was either shit or shit with garlic on top and anarchism gave me the ability to look beyond the language of that menu, that binary and step into a new political space that suspects the government, has loads of empathy, is actually incredibly realistic if you learn about it more, and although it addresses social issues, it does so in a way that steps outside of the current paradigm, leaving pedantic woke behaviour behind in favour of a more assumptive culture of good faith – whilst still calling people out. Or at least it does a better job of it.

The State and Capitalism

By addressing both the state and capitalism and there inherent flaws, as well as the blind faith associated with them, I was able to step into a political space that addressed all the issues that I had with the right and the left.

On the other hand, it doesn’t advocate for big businesses or some type of utopian trickle down economics spewed from Atlas Shrugged. Capitalism also gets the medicine.

Anarchist’s chipping away at both the state and capitalism, led me to see that this non ideology had its eyes wide open. 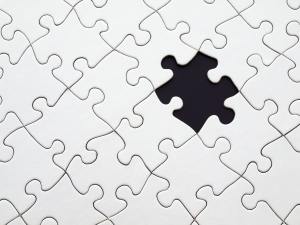 Not only does anarchism have it’s eyes wide open to the current issues with society, but it proposes what I see as better societal and systemic solutions.

It’s analyses of power is core to the reason why it has such a great solution – because it understands that the more power that accrues to a centralised area, the more risk there is of corruption, scandal, power-grabs and so forth.

Many view anarchism as unrealistic due to this, but, in fact, I think it is more realistic to believe that dispersed power would lead to a better society than any type of system that runs on centralised principles, whether it be through religion, ideology, the state, capitalism or anything you can come up with.

It’s Worth the Risk

I will admit, before my transition to anarchism I had basically become a defeatist capitalist. I could see that the world wasn’t perfect but I had built into the neoliberal lie that this is the best system we have.

On top of that I was afraid of advocating for revolution because, inevitably, things could go really wrong and there is a possibility that many people will die.

I still have this fear but I think it’s better to do something about it and the harsh truth as to why I think that is because people are dying anyway; from starvation, from wars, from climate change, from depression. And if they’re not dying, they’re certainly not living.

Why not rather than sit back and begrudgingly advocate for a system that steals the souls and lives of its people, give yourself and others something to fight for. At the very least their lives will be worth more than being an unwitting cog in a machine.

Relevant articles: If you want to learn more about how anarchism and how it might actually work you should read the following interviews:

Previous long-time fence sitter, Dayna now refers to herself as a “wary anarchist” and “part-time vegan” – whatever the hell that’s supposed to mean. When she isn’t working her full-time job as a publisher and obsessing over it’Sunny you will probably find her pacing around and reading or singing Disney songs in – and out – the shower.